The club was formed in March 1912 as a 9 Hole course. The Committee at the time asked the Greenkeeper, a Mr. H.J. Large, to quote for the construction of the tees and greens, the Council minutes of December 1912 showed that his original quote of £25.00s was turned down as too expensive, they finally accepted his revised quote of £19.00s.

The annual subscription for a Full Gent at this time was £1.10s. The land was leased from the Duke of Devonshire. In 1925 the Club increased their acreage in order to build an 18 hole golf course and at the time the annual rent to the duke was £5.00. Over the years the land was purchased from the Duke and other sections were purchased as they became available, the most recent purchase was in 2003, each purchase adding to the quality of the course.

The most important and beneficial improvement in recent years was the decision to drain the course in 1995. This was a joint effort between the members who paid a levy, and the Lottery Commission who made a grant of £93,000, we were one of the first clubs to receive such a grant. The effort has proved worthwhile; the course is rarely out of play.

Through the 1960's, 70's and 80's we had the honour of having two ex-Ryder Cup players serving as our Professionals, Bert Jolly and Alex Caygill. The former played in the first Ryder Cup Competition in 1927.

In the early years our Clubhouse and Locker rooms consisted of a wooden building, which remained, in use until November 1979, when the present building replaced it, providing members with modern and spacious facility.

After some unusual hot summers between 2017 - 2020 without rain. In 2020 during the COVID-19 pandemic the members voted on building an irrigation system which will provide water for the greens.

James Braid was a Scottish professional golfer and a member of the Great Triumvirate of the sport alongside Harry Vardon and John Henry Taylor. He won The Open Championship five times. He also was a renowned golf course architect.

Braid was born in Earlsferry, Fife, Scotland, the son of James and Mary. He played golf from an early age, working as a clubmaker before turning professional in 1896. Initially his game was hindered by problems with his putting, but he overcame this after switching to an aluminum putter in 1900. He won The Open Championship in 1901, 1905, 1906, 1908 and 1910. In addition, Braid won four British PGA Matchplay Championships (1903, 1905, 1907 and 1911), as well as the 1910 French Open title. He was also runner-up in The Open Championship in 1897 and 1909. His 1906 victory in The Open Championship was the last successful defence of the title by a European until Pádraig Harrington replicated the feat in 2008.

In 1912, James Braid scaled back his tournament golf, and became a club professional at Walton Heath. He developed a very successful career in golf course design, and is sometimes regarded as the "inventor" of the dogleg, although holes of similar design had been known for centuries (for example, the Road Hole at the Old Course at St Andrews). Among his designs are the "King's Course" and the "Queen's Course" at Gleneagles, and the 1926 remodelling of The Open Championship venue Carnoustie Golf Links.

Stranraer Golf Club's course was the final one that was designed by Braid in the year that he died, 1950. He was called out of retirement to plan Creachmore, which was to be his last commission. Braid never lived to see the course completed. He died in London on 27 November 1950.

When the world’s best golfers arrive at the majestic Augusta National for the U.S. Masters, they will tread fairways and fire into greens created by a Yorkshire born Scot called Dr Alister MacKenzie. Between 1907 and his death in 1934 he became one of history’s most skillful and prolific golf course architects.

Born in Wakefield, Yorkshire in 1870, MacKenzie attended Queen Elizabeth Grammar School in Wakefield then Cambridge University from where he graduated with degrees in chemistry, medicine and natural science. He joined his father’s medical practice but was soon called away to serve in the second Boer War. During the posting MacKenzie developed an aptitude for camouflage – a skill he would go on to use with some aplomb as a golf course designer.

Upon returning from the trenches of southern Africa, MacKenzie briefly went back to his duties as a doctor before embarking on a career in golf course architecture. He was originally inspired to change tack because he was convinced of the benefits golf provided to patients.

“How frequently have I, with great difficulty, persuaded patients who were never off my doorstep to take up golf, and how rarely, if ever, have I seen them in my consulting rooms again.” He said.

MacKenzie cut his teeth as a course architect at The Alwoodley Golf Club in his native Yorkshire. In 1907 MacKenzie was one of the club’s founding members and, having already made outline sketches for a course, he was tasked with laying out 18-holes across the moorland.

Branshaw Golf Club is able to boast ex-Ryder Cup player Herbert Charles Jolly (featured in this picture) as former Professional of the club.

Herbert Charles Jolly was born in Guernsey in 1895 and represented Great Britain in the pre-Ryder cup match against the US in 1928. He began his career as an assistant at Royal Guernsey and, after serving in the First World War, took up a post as professional at Foxgrove, Beckenham and finally Branshaw Golf Club.

Gordon Alex Caygill was born in Appleby. He turned professional in 1962 with great expectations having twice won the British Youths Championship. He quickly had success, winning the 1963 Rediffusion Tournament, but he did not win again on the circuit until 1969 having suffered with stomach ulcers. That year he won twice, first at the Penfold Tournament, and then again at the Martini International, where he tied with South African Graham Henning.
On the back of those wins Caygill was chosen as a member of the Great Britain and Ireland Ryder Cup team in 1969, although he only played one match, partnering Brian Huggett in Friday's foursomes. They halved their match against the American pair of Raymond Floyd and Miller Barber. 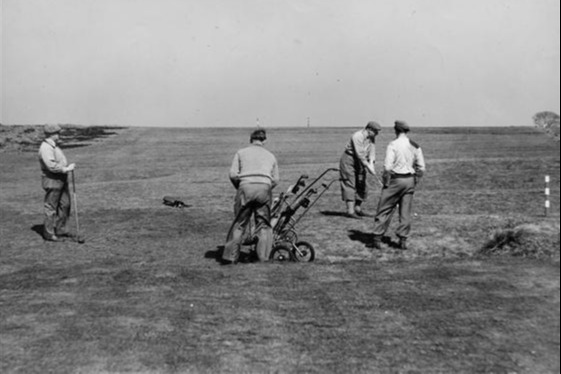 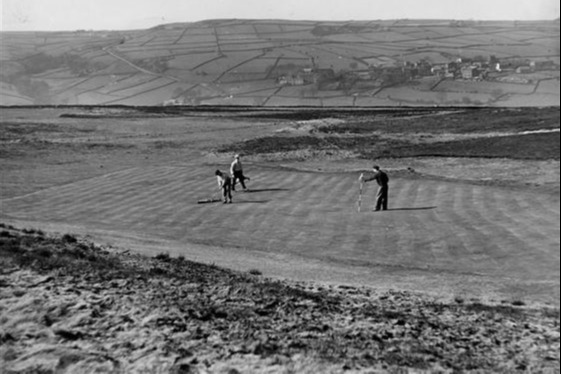 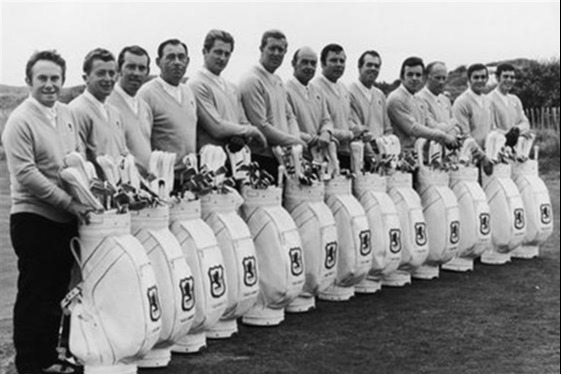 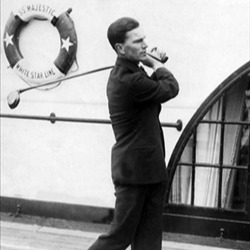 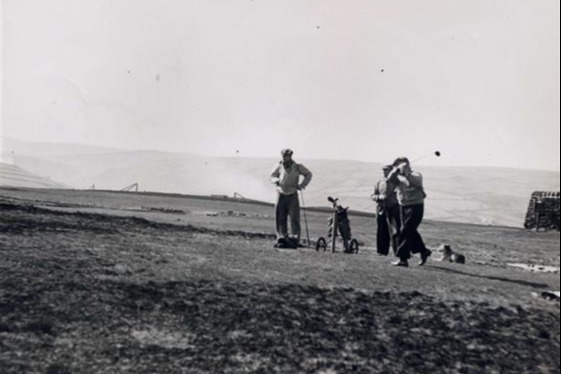 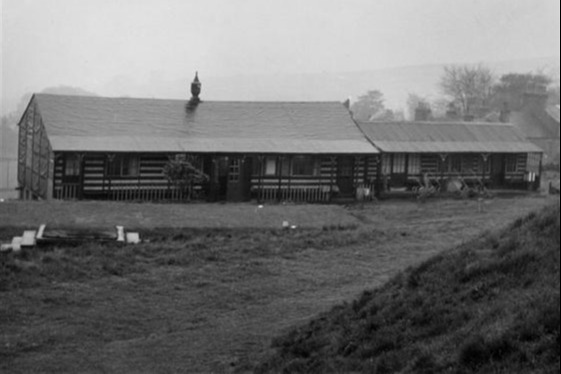 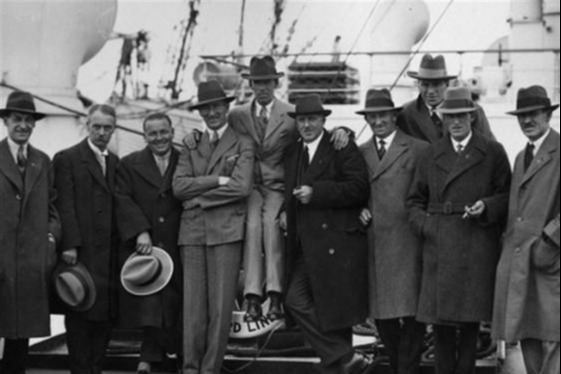 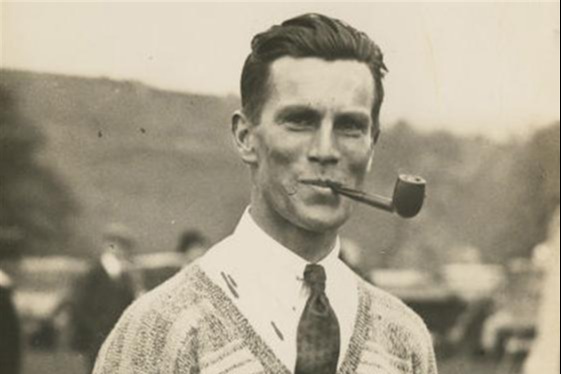 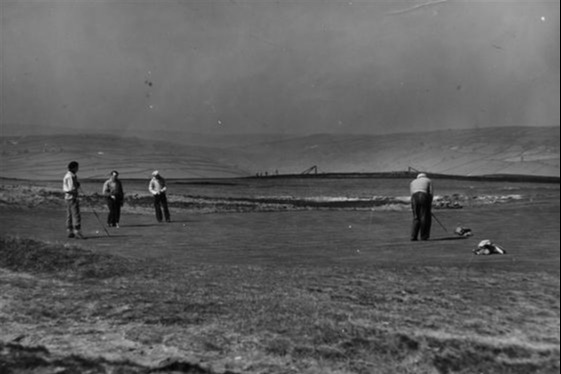